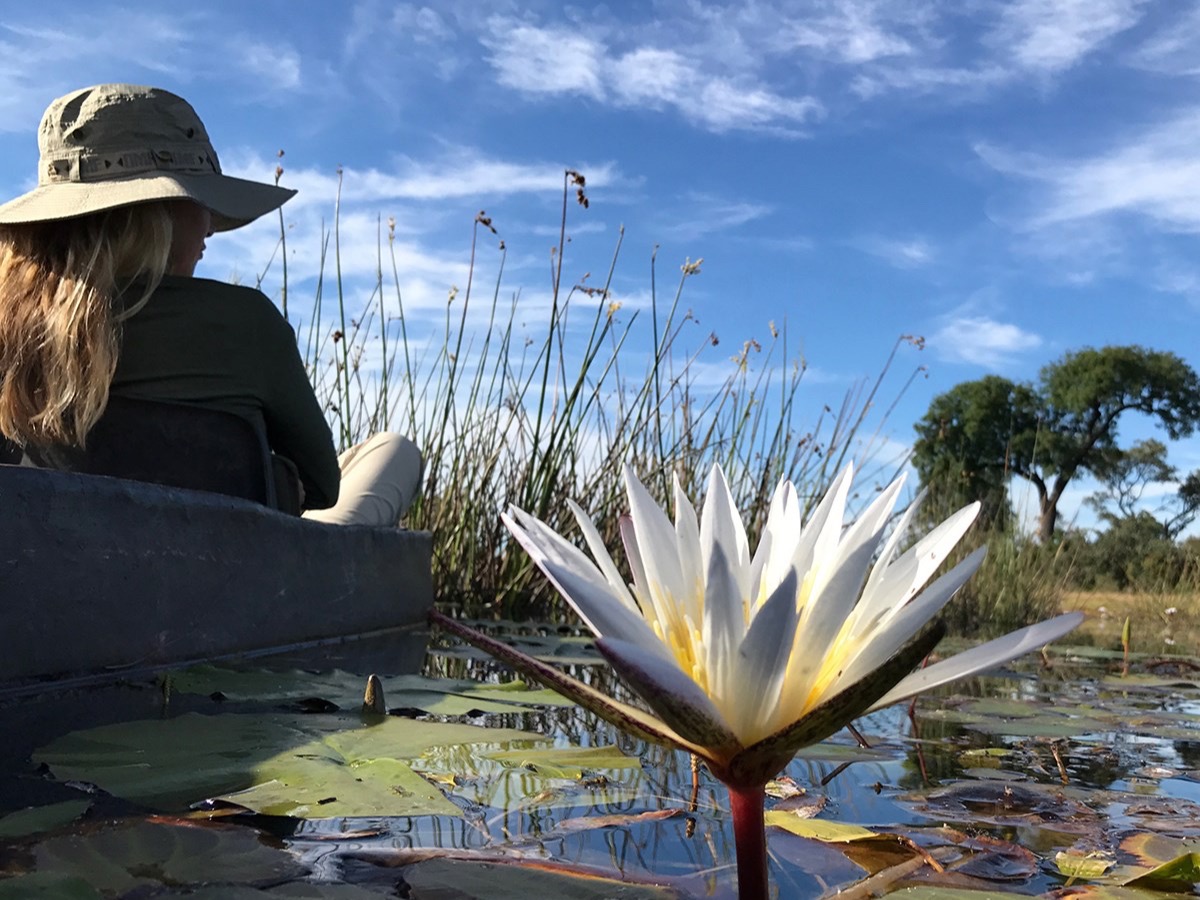 You might guess that the words “wellness” and “retreat” see a lot of Google action right around January 1. And you’d be right. But they get even more play weeks after you’ve resolved that this—yes, this!—is going to be the year you live your well-est life. One reasonable explanation: Like countless other humans of the Northern Hemisphere, you’re subject to the fluctuations in happiness and energy hormones that can accompany cold, dark days—when any motivation seems best channeled into seven seasons’ worth of Game of Thrones review before the series finale. Resolutions duly blown (no judgment), you realize you may need to get outta Dodge to get back on track. And that’s where these epic retreats come in.

Alongside the Siswan Forest—an 8,000ish-acre haven for peacocks, barking deer (really a thing) and the occasional big cat in the outer Himalayan foothills—sits a second sprawling refuge: the Oberoi Sukhvilas Resort & Spa, where the early 2019 immersion offerings range from a five-day digital detox (yoga, meditation, massage and forest bathing) to a 21-day medical weight management program. Whatever you sign up for—even a few days of a la carte treatments—you’ll be tempted to hole up in the 12,000-square-foot spa: home to volcanic hot stone massages, singing bowl sound baths and all manner of bliss in between. But don’t miss the guided hikes through the local forest, where you’ll have a good chance of spotting the wild residents (minus the leopards, who tend to keep to themselves). There’s also an urban field trip you shouldn’t miss: Check out the hallucinatory Rock Garden of Chandigarh and the almost as trippy Le Corbusier-designed city of Chandigarh.

Consistently ranked among the nation’s top spas by pretty much everyone with an opinion on the matter, Lake Austin in Texas Hill Country will have you at howdy: A water taxi equipped with twin mood-setters—bubbly and binocs—will meet you in downtown Austin, then whisk you along the spa’s namesake lake (technically a river), where your chaperones will likely include hawks and blue herons. On arrival, you’ll find an embarrassment of wellness riches, but go straight for the Ripple Effects water-based offerings. A short list includes Paddleboard Yoga, Driftaway Meditation on the Lake, Aquatic Craniosacral Massage and Float Away Massage. Of course, you can kayak and SUP the day away, too (see the shot above, as well as the one at the very top of this story). Between workouts—which you can do on terra firma, too—refuel on the new Conscientious Cuisine that Executive Chef Stéphane Beaucamp debuted to rave reviews at New York’s James Beard House last year. Think: French technique meets Texas farm fare and global superfoods.

Though few spas preach austerity anymore, here’s where you’ll find its polar opposite. In fact, this Tuscan hideaway will bring the vineyard to you (see: the Brunello wine bath for two)—or you to the vineyard (the wineries of Montalcino and Montepulciano are just a hike away). On the other hand, if your goals lean more medical, there’s a whole new menu of doctor- and therapist-supervised offerings—a modern nod to the area’s ancient rep as a healing center. Visit nearby Bagno Vignoni for an old-school taste of taking the waters (Lorenzo de’ Medici and Saint Catherine are said to have soaked here—separately, of course), then compare and contrast those baths to Adler’s own namesake thermal pools. Spoiler alert: They’re all going to be your favorites. One more note for aspiring Giro D’Italia participants (or just avid bikers): From March 31 to April 4, the spa’s hosting a Gravel Bike Week with guest star Giuseppe “Beppe” Guerini, who’s completed no fewer than six Tours de France, five Vueltas a España and four Giri d’Italia. After following Beppe to some of the most famous local sites—the Abbeys of Sant’Antimo and Monte Oliveto Maggiore, for example—you’ll be welcomed back with sports massages and never-more-appreciated thermal soaks.

Accepting that there’s no actual short cut to Nirvana, you’ll still be convinced you’ve somehow gotten there anyway upon entering this Balinese retreat, where mists rise through glittery emerald palm fronds from a sacred river valley, petal-strewn offerings appear at every turn and the sight of a lithe being in tree pose mid-river is nothing out of the ordinary. (Okay: you might not actually practice in the water, but there are there are little wooden pavilions alongside it, shrouded by primeval-looking foliage.) If your version of wellness is a bit more hardcore, try the estate’s custom biathlon—part rice paddy trek, part temple tour on wheels, all impossibly beautiful. You can also book a cleanse program, a medically supervised Ayurvedic regimen, a fitness-focused stay or the bespoke blend of your choosing.

Thanks to rising demand, your cup of wellness-focused tour choices runneth over. Some of the best new offerings come from G Adventures, whose wellness trips will take you everywhere from Peru (think Sacred Valley yoga, lagoon-based SUP sessions, Inca staircase workouts and community-minded local eats) to Nepal (where you’ll stay in monasteries, hang with monks and visit the UNESCO World Heritage-designated birthplace of the Lord Buddha).

Meanwhile, the OG roving wellness retreat—Escape to Shape—is still going strong, with a 2019 calendar that includes a Cambodia-Laos combo, Botswana, Bhutan, Sri Lanka, Morocco, Italy and India. Each of these escapes offers yoga, site-specific fitness (ever tried Khmer boxing?), massage, lightened-up versions of local delicacies (some of which you learn to make) and local, can’t-miss experiences (tracking the Big 5 in Botswana, for example). But if you put off your escape until after you’ve binge-watched everything in your queue, consider a different offering from the brand: Destination Detox.