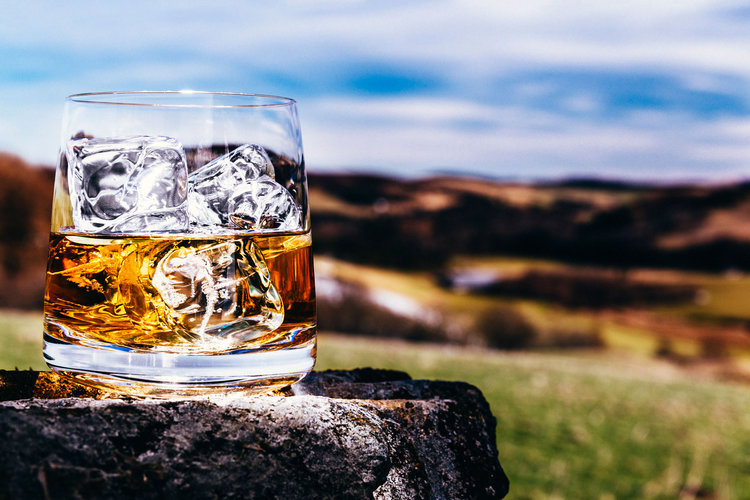 Trying the local flavors of a destination is among the best parts of traveling. The spices in India, the pastas in Italy — those are must-tastes, of course. But let’s not forget about local cocktails, too. (How could we?) When you’re traveling to these 11 destinations around the world, these are the drinks you won’t want to miss.

“One of my favorite cocktails from around the world is a Pimm’s cup. It’s light on its feet and perfect for brunch, as a prelude to a meal or on its own,” says Top Chef alum Chef Ryan Scott. Pimm’s originated in a London oyster bar, opened by James Pimm who served a house “cup” to accompany his shellfish. By 1851, Pimm’s mixture of gin, fruit, herbs, and liqueurs was proving so popular that his No. 1 Cup was distributed to clubs around London, and by the late Victorian era, Pimm’s could be found in British officer’s clubs from Khartoum to Sri Lanka.

In Brazil, there’s an obvious choice, but there’s also one that’s even better. “Of course, the national drink of Brazil is the caipirinha, but that’s nothing you haven’t had before, right? Don’t be a sheep, says travel expert and Lonely Planet author Kevin Raub. “Be the wolf and order a Caju Amigo, every bit as Brazilian as the caipirinha but not nearly as famous. It’s made with cashew fruit along with vodka, cachaça or rum, ice, sugar, and lime. The cocktail was invented in 1974 by a bartender named Guilhermino Ribeiro dos Santos at Pandora Bar in São Paulo.”

Damiana Liqueur, a light herbal-based liqueur, is made from the Damiana herb that is native to the Baja region of Mexico and very popular in Los Cabos. “Mexican folklore says the world’s first margarita was made with Damiana Liqueur. The liqueur comes in a uniquely shaped bottle that is modeled after an Incan Goddess and is thought to be an aphrodisiac,” says Osvaldo Vazquez, mixologist at Chileno Bay Resort & Residences, which is set to open in December.

Pisco sours are a South American classic invented in the 1920s by American bartender Victor Vaughen Morris. “Egg whites add an irresistible creaminess to tart citrus and pisco, a warm brandy that Peruvians and Chileans drink copiously. Even palates that tend to avoid brandies will enjoy a pisco sour thanks to its overpowering sour-sweet flavor,” says travel expert Britanny Carter.

Mate is a frequent favorite throughout South America but Argentina is the only country genius enough to infuse it into its gin. “Principe de los Apostoles marries yerba mate, peppermint, grapefruit, and coriander among other flavors for a gin unlike any other. The gin is only available at select bars and the verdict is still out for the best combination but I enjoy the liquor on the rocks to appreciate its unique range of flavors,” says Carter.

Though whiskey doesn’t have its roots in Japan, it has been truly embraced and integrated into the culture, and Japan is now a world leader — with regard to both quality and innovation — in whiskey production. “As such, most anything with whiskey will be a good option. A ‘whiskey-highball’ is a very popular, approachable option, with countless possible variations,” says Nick Braun, chief mixologist for InterContinental Hotels and Resorts. For something a little more sophisticated, an Old Fashioned is always a strong choice. Japanese cocktail bartending is driven by precision and finesse, so for a  simple recipe that requires a delicate touch, you would be hard-pressed to find a better destination.

Atholl Brose is a must-try when in Scotland. “A drink from the late 1400s born from warfare and rebellion deep in the Scottish Highlands. Not at all modern, but still tastes great! Oatmeal, honey, and whiskey — delicious!” says Charlotte Voisey, director of brand advocacy for William Grant & Sons and a career mixologist.

A country so absorbed in hospitality is going to have several classic cocktails, the most popular of all being the Bellini. “[It was] invented at Harry’s Bar in Venice by Giuseppe Cipriani around 1948, when he took seasonal white peaches and blended with local Prosecco. He realized that the resulting color of the drink matched the skies he admired in the paintings of Giovanni Bellini. A wonderful combination of two iconic Italian flavors! When winter comes around, keep it seasonal with this, still 100-percent Italian, twist,” says Voisey. Other incredibly popular choices when in Italy are the Aperol Spritz or the Negroni.

Irish Coffee is synonymous with Ireland for a reason. “It was first made by Chef Joe Sheridan in 1943 on a spot of land that became Shannon airport in Ireland, where the Irish Coffee is still served today,” says Voisey.

With the increased travel to Cuba, the classic Mojito is having its day in the sun. “Original to Havana, the combination of rum, mint, soda water, lime, and sugar is incredibly refreshing and uses ingredients easy to find in the area, ensuring its popularity. Be sure to swing by the famed Hotel National to try this classic al fresco,” says travel expert Erica Gragg of Escape To Shape.

The Coco Loco is a refreshing, simple cocktail, perfect to enjoy while wandering the charming streets of Cartagena or relaxing beachside in Rosario Islands. “Served in a baby coconut, just rum and a squeeze of lime are added to the coconut water — rehydrating while dehydrating, you might say!” says Gragg.